Indian Railways (Hindi: भारतीय रेल Bhāratīya Rail), abbreviated as IR (Hindi: भारे), is the state-owned railway company of India, which owns and operates most of the country’s rail transport. It is overseen by the Ministry of Railways of the Government of India.

Indian Railways has one of the largest and busiest rail networks in the world, transporting over 18 million passengers and more than 2 million tonnes of freight daily.[4][5] It is one of the world’s largest commercial or utility employers, with more than 1.6 million employees.[4][6] The railways traverse the length and breadth of the country, covering 6,909 stations over a total route length of more than 63,327 kilometres (39,350 mi). As to rolling stock, IR owns over 200,000 (freight) wagons, 50,000 coaches and 8,000 locomotives.[4]

Railways were first introduced to India in 1853. By 1947, the year of India’s independence, there were forty-two rail systems. In 1951 the systems were nationalised as one unit, becoming one of the largest networks in the world. IR operates both long distance and suburban rail systems on a multi-gauge network of broad, metre and narrow gauges. It also owns locomotive and coach production facilities. 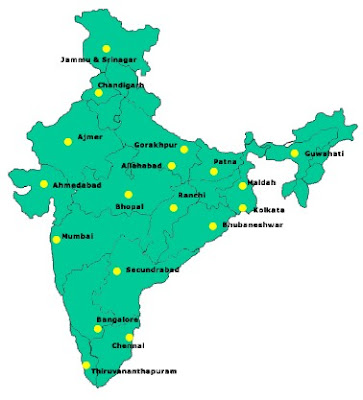 5 thoughts on “INFO | ABOUT RAILWAY RECRUITMENT BOARD , INDIAN RAILWAYS”

This site uses Akismet to reduce spam. Learn how your comment data is processed.